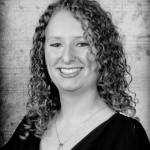 Richelle Shultz graduated from Northern Arizona University with a bachelor of music education and a bachelor of violin performance. She enjoys performing classical music as well as music of the Celtic tradition, and has performed with numerous quartets and small ensembles. Mrs. Shultz currently performs with West Valley Symphony and has also performed with the Symphony of the Southwest, Flagstaff Symphony Orchestra, and MusicaNova.

In addition to performing Mrs. Shultz has extensive experience in teaching and working with students. During her time teaching in Mesa Public Schools Mrs. Shultz’s work with her students has been routinely singled out for praise and respect from fellow music teachers. She has routinely had students earn positions in honor orchestras and in 2014-2015 her orchestra received the rating of Superior with Distinction. Currently, as a wife and new mother, Mrs. Shultz is enjoying raising her son and building up her private lessons studio.