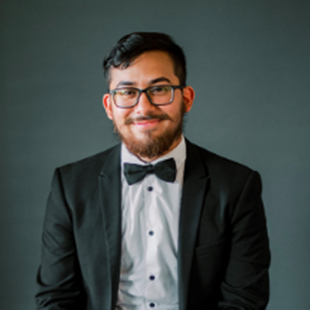 Victor E. Mendoza graduated from the University of Arizona (UA) with a Bachelor of Music Education in 2018 and has participated in Orff and Kodály training through Arizona State University (ASU).

Although primarily a euphonium player, Mr. Mendoza is also a freelance trombone and guitar player for local jazz groups, rock groups and weddings, as well as an arranger. Amongst all his teaching, Mr. Mendoza is set to release an album this fall of 2021, titled “The Lost Vendette” and another album the following summer.